Sustaining Your Immune System Through The Winter

Sustaining Your Immune System Through The Winter

Who Do You Trust

Take, for instance, something off the shelf. Do you read labels of these claims, that your immune system will become “75% better after consumption”, and yet it’s  sold at the local gas station? Do you trust that everything is safe because it wouldn’t be sold if it wasn’t? This responsibility of making sure something is safe to consume comes down to the hands of the Food and Drug Administration (FDA).  According to the 2003 report of the Office of Inspector General of the Department of Health and Human Services, a survey of CDER reviewers revealed that 66% lacked confidence in the FDA’s safety monitoring of marketed prescription drugs, and 18% had felt pressure to approve a drug despite reservations about its quality, efficacy, or safety.

David Graham, Associate Director of the FDA’s Office of Drug Safety stated, “The FDA is inherently biased in favor of the pharmaceutical industry. It views industry as its client, whose interests it must represent, it views its primary mission as approving as many drugs as it can regardless of whether the drugs are safe or needed.”, recorded in an interview that appeared in Fraud Magazine (September/October 2005 issue).

Normam Shealy, MD, PhD, International Institute of Holistic Medicine, MO:  “Interestingly, the ‘PharmacoMafia’ has to find evidence of only 5% above average placebo of 35% to claim a drug is ‘effective.’  No drug is 100% effective and virtually all produce complications called side effects. The bottom line is: What does effective mean? What does evidence – or science – based mean?”

You’ve Got To Nourish To Flourish

You’ve got to nourish the inside of the body to take care of the outside.  Sustaining the immune system is a YEAR round project. The immune system does choose to take days off and begin functioning during the winter months.  The central nervous system plays a major role in immune function. Do whatever you can to keep your immune system working properly by removing any source of irritation and keeping your spine healthy and aligned. Nature needs no help, just no interference – B.J. Palmer. 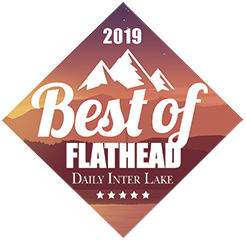