Pregnancy can be a really exciting time for parents as they get ready for their family to grow with the baby’s arrival. As the baby grows, mum’s body changes as she prepares to give birth.

Sometimes these changes can be uncomfortable or painful, with about three-quarters of pregnant mums suffering from pain in their back or pelvis.1, 2 This is one reason that so many pregnant mums seek chiropractic care.

When deciding whether they should see a chiropractor, pregnant mums often ask ‘is it safe to be adjusted by the chiropractor when I’m pregnant?’ The good news is that chiropractors can tailor the care they provide to each individual patient and the research suggests that chiropractic care during pregnancy is safe for both mum and baby.4,6

What does the research say?

But what does the research tell us about the benefits of seeing a chiropractor while you’re pregnant? When it comes to back pain, not many big studies have been done yet that have looked at whether chiropractic care helps pregnant mums.3

So, although more research is needed, results from the research that has been done so far are promising and seem to show that for some pregnant mums, chiropractic care can be really helpful.4 In one study, researchers in Switzerland followed 115 pregnant women for a year who went to see a chiropractor with low back pain.5 What they found in this study was that over half of the patients said they ‘improved’ after just 1 week of chiropractic care, and after a month that figure had grown to 70%.

In a study conducted in New Zealand, researchers studied pelvic floor muscle function in pregnant women before and after they were adjusted by a chiropractor.

Could chiropractic care help me through delivery?

One area researchers think chiropractic care may help pregnant moms is with the delivery of their baby. For a woman in labor, the ability to relax and contract her pelvic floor muscles is really important for helping the baby to move through the birth canal.7 Ideally, for the birth process to go as well as possible, giving the greatest chance of natural, vaginal birth, you want strong pelvic floor muscles that can relax and contract at just the right time.7, 8

This relaxation of their pelvic floor muscles after they were adjusted may mean that chiropractic care could help them to have a natural vaginal delivery. This was only a small trial, and the researchers couldn’t be sure how much of an impact these relaxed muscles would have on labour itself, but it does suggest that for pregnant mums, chiropractic care may give them more control over their pelvic floor muscles, which may make childbirth easier. Other research supports this idea with one study reporting that new mums experience on average a 25% reduction in the length of labour time with chiropractic care during pregnancy and that rises to a 31% reduction for mothers who have given birth before.4 It makes sense to keep yourself as healthy as possible during your pregnancy.

So, if you want help with the way your spine and nervous system are functioning, consider seeing your chiropractor, because it’s natural, safe, and may help you to feel better and boost your chances of having a faster, easier delivery of your little bundle of joy. 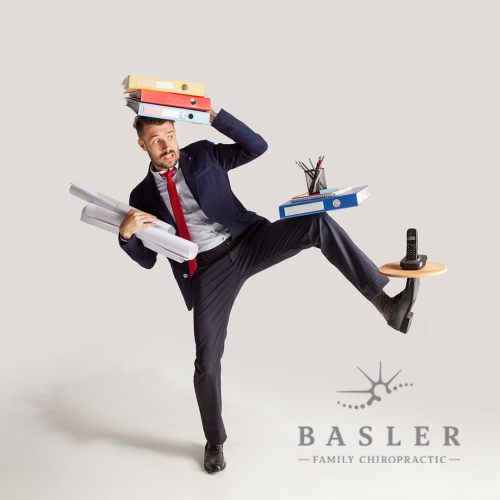 Get Busy Living Or Get Busy Dying

“The only reason for time is so that everything does not happen at once,” stated Albert Einstein. What the heck does this mean, and what does it have to do with our health? A society trained for immediate satisfaction may have difficulty understanding this. You see, Einstein understood that there is
no process that does not require time. A baby developing in the womb, a home project, a flower growing in the garden, and yes, even regaining our health. To address this idea in terms of our health, let’s talk about momentum.
Momentum is the product of Mass multiplied by Velocity. Like a chubby kid on a swing set (myself when I was young) we must build momentum and sustain it to get a desired result.

Life, and especially our health, must be like this kiddo building momentum. While it may take more effort at the beginning, it is an intelligent thing to desire.  Any rational person understands that health is largely a matter of attention to the good versus poor choices. The chiropractic adjustment is no
different. The vertebral subluxation is a detriment to the overall health of the body. When the lifesource of the body (Central Nerve System) becomes less than optimal, one is then susceptible to dysfunction and eventually symptoms. Here’s the interesting part: we have a choice. We can build this thing called momentum for our health in either direction. Momentum towards sickness, or
momentum towards optimal expression of life. While easier said than done, the road less traveled is worthwhile! This is your wellness-pivot point!

Logically, Chiropractic is a key aspect in committing to a lifetime of healthy momentum. Albert Einstein was right, and we can conclude that there are processes to build health or to lose it, neither being instantaneous. So keep smiling and keep swinging!

The presence of good posture is a missing trait among the growing populas today that often begins at a very young age. We can blame technology, the newest gizmos or maybe just a lack of knowledge. True to form with our society, anything that is often hard to do or misunderstood is saturated with quick fixes, gadgets, or misleading objects that are for sale to “fix your posture.” Instead of looking for the outward source, why not pay attention to what’s  inside?

Structure. The spinal column at an early age forms its outlook for life beginning with our “tummy time” and then into our crawling stages. At this time the three distinct curvatures of the spine (cervical, thoracic, and lumbar) begin to take shape, enabling  our body to be able to withstand the constant battle of gravity with biomechanical sound curvatures in the spine. The rest of the body takes shape as a result of the spinal column.

Typically when you encounter a daily event, activity, or engage in repetitive behavior over and over again, the spinal column is unable to properly adapt and overcome a spinal subluxation (misalignment within the spinal column creating nerve interference.) This ensues over time. This subluxation will create chaos in the musculoskeletal system, creating an overproduction of muscle imbalances for years.

The subluxation will create inadquecies in proper muscle firing, thus leading to a constant battle with improper posture. Over time when a subluxation is left uncorrected, the structure of the spine begins to change. This is something you can actually see and is called improper posture. The structure of the spinal column is hidden from plaint sight, yet will appear in the posture that we exhibit in our daily lives.

Maintaining good posture is a important. Why not address the reason posture is even a talking point first by focusing on your spinal column which protects the most important system in the human body, the central nerve system (CNS). With proper coordination to the CNS, the particular system—the musculoskeletal system—which is often left to blame for “bad posture,” begins to work effortlessly and with normal tone to make sure your “butt is out, back straight, and chin out” all the time. 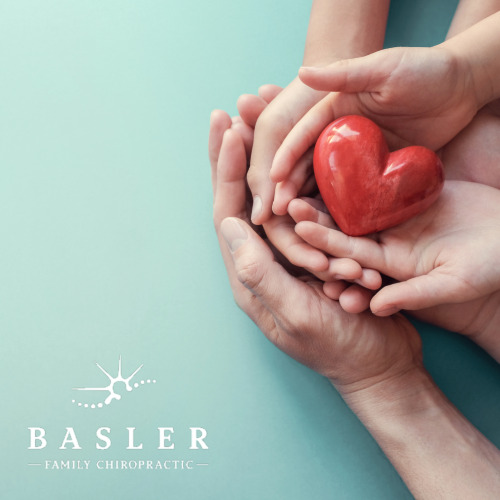 Health care vs health insurance. What’s the difference between the two? Just about everything. Health care is something that you perform on a day to day basis. It’s easy to be healthy and just on the opposite side it’s easy to be unhealthy. The choices you make are not from genetics. Health care comes with the choices that you make to better yourself and take time for self-love. Being healthy is not something you should take lightly, its hard-work and we typically attempt to gain our health when something bad has happened. In our society nowadays the phrase goes as such, “Young men in life avoids his health to acquire wealth, while later in life will spend his wealth to acquire his health.”

Health care become the actions that you perform on a routine basis. Take for instance, Chiropractic check-ups. You live your life through your central nerve system (CNS). Every human experience you have is controlled, coordinated, and processed through your CNS. Chiropractic care seeks to make sure your body is free of any interference to the CNS and you are functioning at an ideal state by adjusting the spinal column which protects the CNS. The beginning of the disease process begins with postural distortions – Hans Selye, M.D.

Health care is hard-work yet in the long-run is always worth it. Consuming the right foods, taking time for daily exercise, and making sure your thoughts are healthy… is hard-work. These are just a few to name some, yet it really gets down to the choices that you must make to make sure “Health Care” becomes part your daily routine.

4.5 Reasons To See A Chiropractor During Your Pregnancy

4.5 Reasons to See a Chiropractor during Your Pregnancy

4.5 reasons to see a chiropractor during your pregnancy.  Why 4.5?  This is a blog, and literacy standards and protocols go out the window and we are allowed to do whatever we want.  A mom’s body is constantly changing and altering in order to develop a child. Every source of nutrition, function, and coordination to the developing child is sustained and controlled via the mother’s central nerve system and her spinal health.  Healthy spine = Healthy Pregnancy.

1. The Most Notorious = Pain

Low back pain is caused by pelvis dysfunction.  The body is changing and adapting to the new physical stress placed on it.  Most expecting mothers will try to off-set the developing child and create a type of “sway-back” that ultimately creates more problems than it should.  According to the Canadian Chiropractic Association (CCA) 16/17 women saw clinical improvement from of back pain and relief from discomfort after seeking chiropractic care.

According to the CCA, 50% of mothers will experience easier labor and delivery with regular chiropractic check-ups.  With regular spinal checkups the pelvis and sacrum can be balanced, creating the environment for an ideal birth.  A balanced pelvis eliminates undue tension to muscles and ligaments which will enhance optimal fetal positioning.

Relaxin.  One of the “top” hormones that is essential for pregnant mothers is also a hormone that creates constant instability in muscle tissue.  80% of pregnant women did not receive treatment for muscle pain related to pregnancy while under chiropractic care.  Regular spinal checkups can help regulate relaxin levels, resulting in less muscle pain and tension.

Healthy living can be over-whelming and daunting for expectant mothers.  With regular check-ups not only are you supporting your physical needs, your emotional needs become elevated as well.  Your overall quality of pregnancy will increase by allowing you to maintain your activity level (motion).  Because life is motion and motion is life.

The breech position.  Chiropractors have been trained in and can utilize a specific technique called the Webster’s Technique.   The Webster’s Technique has an 82% success rate in moving babies from breech to cephalic position.  Considering the high rate of cesareans today (plus the unwillingness of more OBs to deliver a breech baby), the Webster technique should be an option for every eligible pregnant woman.  Just in case. 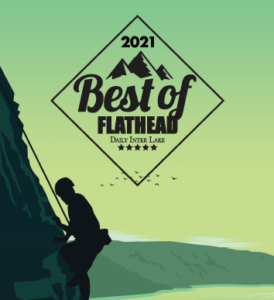